Skip to content
As much as smartphones have become a necessity today, the competition between various brands is increasing as well. In a pool of all the latest Android smartphones available, people have numerous options to choose from considering the specifications required. But in spite of countless brands providing so many features, people are always looking for a cheaper option which provides more features and functionalities in the device as compared to others. InFocus has won them all by providing exactly that.
Considering all budget smartphones, the InFocus Turbo 5, launched this June 2017, rests comfortably in the 8000 INR range. This makes it the cheapest smartphone of its kind considering all the features it comes packed with. It is the only smartphone in this range to have a powerful 5000 mAh lithium battery that lasts for almost 2 days as boasted by the brand. The device is supplied with a spare battery as well which can be used when the first battery cannot be. Also, you can use the reverse charging feature to charge another phone with yours, using it as a power bank. 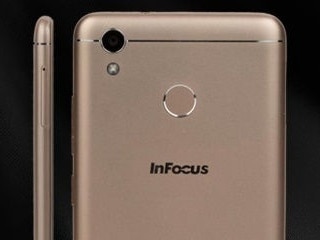 The smartphone has two versions including a 2 GB RAM version as well as a 3 GB RAM version, both of which prevent any lag, giving the device a smooth functioning. The 2 GB version comes with a 16 GB ROM while the 3 GB version comes with a 32 GB ROM, both expandable up to 32 GB, providing more storage space. You can watch high definition graphics, play games or do any equivalent activities without any difficulty. The device runs on the latest Android 7.0 Nougat which adds to its already powerful system.
This 4G smartphone also comes with a 360-degree Fingerprint sensor which lets you unlock your device within a split second with just one touch. The sensor is set at the rear of the smartphone for the user to be easily able to access it while holding the phone. At the front is an amazing 5.2-inch-wide IPS display with curved edges that gives an extremely smooth touch. The screen size is comfortable enough for the user to be able to use the phone using one hand only, making touch more efficient.
The smartphone comes with a 13 MP auto-focus rear camera for clearer and better photo quality. The front facing camera is a 5 MP camera with beauty function. The cameras rest inside the plastic body of the smartphone, making it lighter and easy to carry at just 164 g. The color of the device is available in the variants of Mocha Gold and Pure Gold, making its design stylish and sleek.

With dual SIM card facility, the Turbo 5 allows a user to carry 2 4G VoLTE Nano sized GSM SIM cards in one device. This makes this phone one of the best smartphones under 10000 INR as well. The device has 3G as well 4G SIM functionality allowing it to effortlessly be the best VoLTE smartphone.
The recent tie up of  InFocus with the Taiwanese multinational electronics manufacturing company Foxconn was aimed towards manufacturing better and more powerful devices for the Indian market. The Turbo 5 seems like a very good example of what we might expect in the upcoming years in terms of pricing as well as features of smartphones. Considering it to be the first outcome of the tie up, Turbo 5 is one of the best budget smartphones available in the market right now and we can expect InFocus to launch a wide variety of more powerful and yet cheaper devices very soon.
Thus, undoubtedly the InFocus Turbo 5 ranges in one of the most powerful devices in the budget smartphone category. It is available exclusively on Amazon.in right now. For now, it has no competition considering the price of the device and the features packed in it.